I've been trying to not start new crochet projects that I won't finish, and making sure I've really thought through an idea before starting it so I don't lose enthusiasm or hit a problem which means I have to completely change the project. Also if I've thought something through I'm much less likely to end up with a load of woolly white elephants and yarn-based regrets. With that in mind I'm trying to finish off already started projects, rip back unloved or unfinished ones, and not start anything new until I'm done with the old. 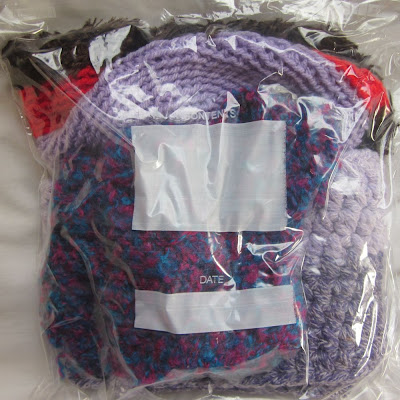 To rip back: one bizarre hat and two scarfy things. I think these were all started when I had no ongoing project and was just messing around. The fuzzy wool is going to be horrible to undo. 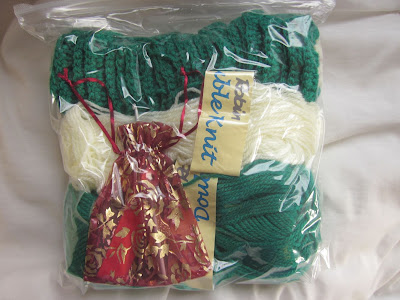 Daisy squares: I learned a new technique and made a sort of mini-blanket for S's birthday, it's completed and currently acting as a sort of tablecloth for her chest of drawers. The little drawstring bag holds my embroidery scissors, knitters' needle and paperclip for stitch marking. 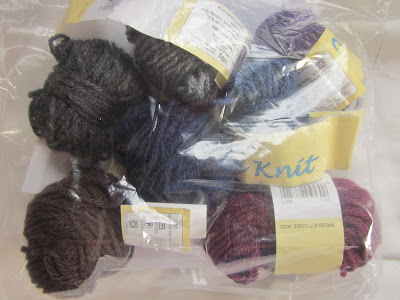 Boy blanket leftovers: The blanket is complete and I've made a little stripey cat to match. I need to assemble some photos of the blanket, the cat, and the daisy squares. The whole blanket is only the size of a single bed currently (more on the long and thin side I think) and the boy has cheekily asked me to buy some more wool and make the other half! I might retaliate by stealing it back. 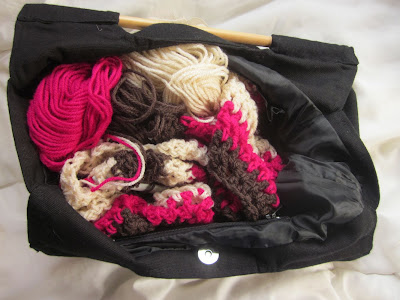 Twin Scarves: The second of the twin scarves is still in progress. I'm almost halfway through but I've run out of brown and will have to go and buy another ball so I can finish it; I'm not sure if this stops it counting in my little stash-busting project but I've already made the two cats and daisy squares from stash yarn so I've reached 3.