This post didn't appear yesterday because I was busy revising for my algebra exam today, argh. It was complicated, as expected, but not too bad I don't think. I'm really really hoping to avoid resits this year since I've put in much more work and have a ticket for the End Of The Road festival in early September, which is when resits normally happen!
Besides my exams I've been up to a few things: 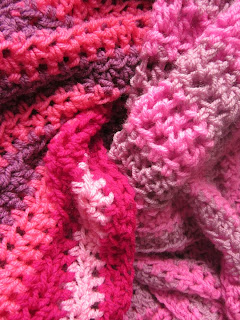 Crochet! This is the blanket of epic ugly. It started out being the colours on the right, but when I reached the end of the two balls of wool I was in Suffolk, and the Wilkinsons in Great Yarmouth didn't have the right colours so I found the two in the top left at a little independent craft shop (which was rather nice). When I got back to Bristol I took a trip to the amazing shop on Gloucester Road which sells everything made of plastic and has a surprisingly good range of wool, and I bought the bottom left colours. So far I only have a couple of stripes but it's going to be GLORIOUS in its pink clashiness. It might even be finished for winter!
I also have a red velvety snood on the way. I don't know how well it'll work, but we shall see! 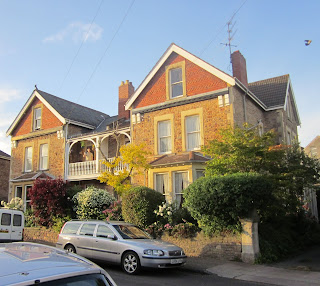 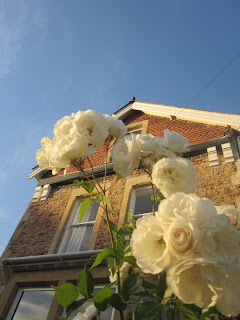 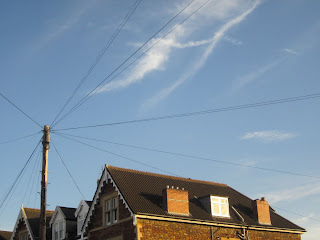 Wandering! These photos were all taken just around the corner and up the road from my house. I live in a very pretty area and the light, warm evenings just make me want to wander and take photos. Walking is also a nice post-exam activity as I can clear my mind and just enjoy my surroundings. I'd very much like to have the house in the first picture. Almost South-facing with a balcony and a lovely garden.
I didn't take my camera this evening but I have discovered a very pretty road to go back to some other time. 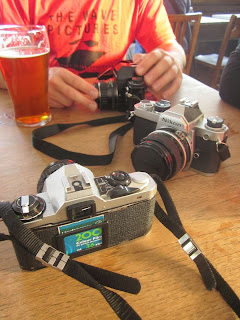 Flickrmeeting! I took a break from revision and went down to the Grain Barge (a pub on a boat!) to the monthly Flickr meet, where the tables usually look like this. I've been going to them for a year and a half now, they're great fun and an excellent way to explore more of Bristol('s pubs). I even met the boy at one :) 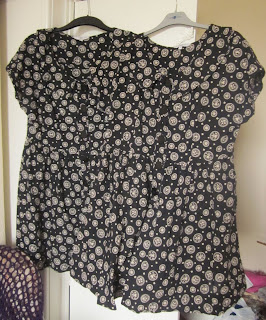 Ebaying! I've managed to get myself another one of this dress. I intend to take apart the first one with my seam ripper and use it as a pattern. It feels a bit like sacrilege to be taking a dress apart but the first one isn't in the best condition, and I can always trace pattern pieces then reconstruct it. Just need to keep telling myself this. I am sentimental. 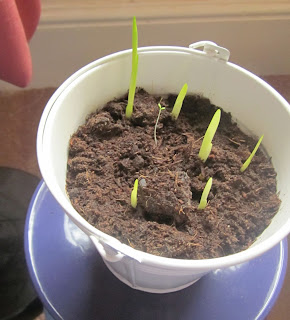 Growing! I finally bought a plate (19p from Oxfam) for my bucket of freesias to stand on. My flatmate gave me the kit for my birthday (2 months ago!) so it really is about time. They're doing pretty well so far, despite being meant to be outside. The longest shoot is now about four inches long. Hopefully they'll look and smell lovely :) 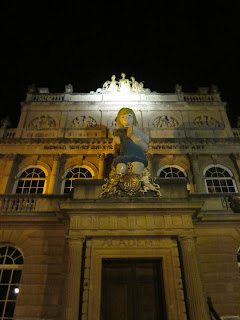 And finally, cowering! This terrifying bit of art has arrived at the Royal Western Academy of Art on the Clifton Triangle. It's some sort of social commentary by Damien Hirst... Bit creepy if you ask me. When they were unloading it from the lorry it looked like it was being hung!
Modern art, tut!
Now it's time for bed, night night interwebs!
Posted by Dichohecho at 00:20