I thought I'd do a little picture-based round-up of what I've been doing recently using snaps from my phone. My One V really does take much nicer photos than any other phone I've had although I think the camera isn't as good as other models or Samsung or iPhone offerings. Anyway, here they are! 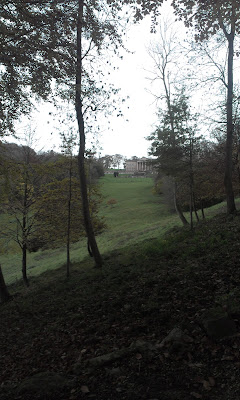 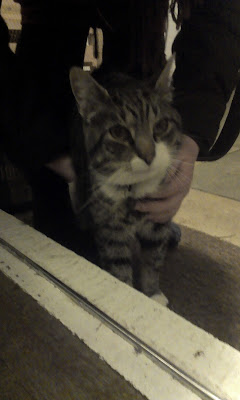 Left: Prior Park Landscape Garden in Bath. I visited with the boy and two other photo-loving friends. After making the mistake of not getting a bus up the hill we revived ourselves with lunch and spent a happy (and cold!) afternoon wandering around the valley. We took photos of autumnal trees and the fancy Palladian bridge and I even spotted a couple of herons nesting in a tree. After that we descended back into Bath and warmed up at Boston Tea Party.
Right: This is Catty, he would dearly love to come inside but isn't allowed as he doesn't belong to us. We've never fed him or (intentionally) let him in but he still sits on our doorstep meowling sadly at all hours. Poor silly cat. 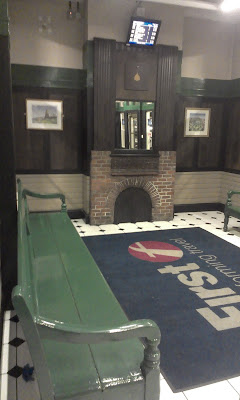 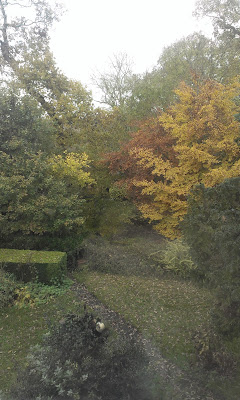 Left: The nice old waiting room on platform 15 at Temple Meads, an unexpected plus side to walking all the way to the other side of the station.
Right: Trees outside my window looking decidedly winterish. 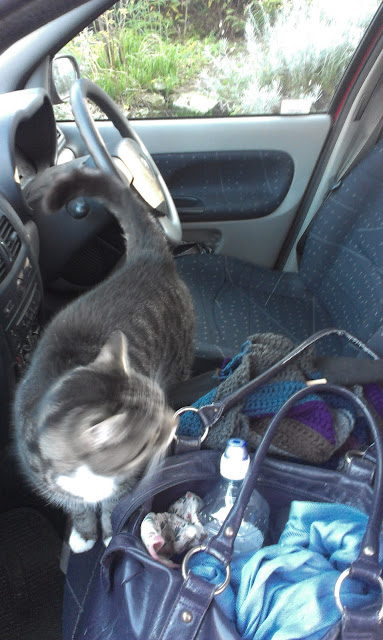 That cat, trying to come to Coventry with me. 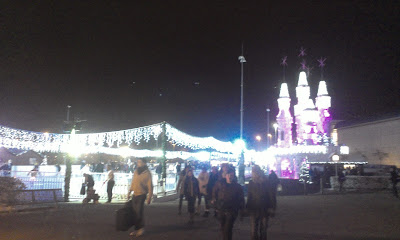 My sister & I dropped by Cribbs Causeway Mall for some sushi on the way back from Coventry. Christmas is in full swing there with this very gaudy outdoor skating rink and copious amounts of lights which were switched on by no lesser celebrities than JLS 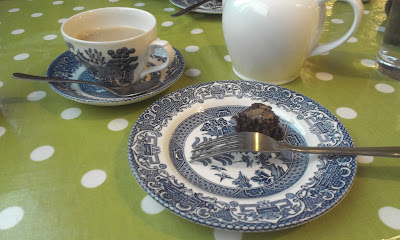 Stopping for a cup of tea and a brownie at the Folk House Café after a long & nerve-wracking day of flat-hunting with S. She & I are trying to move back to Bristol but thus far have been thwarted by competition and unhelpful lettings agencies.
The Folk House Café is a lovely place to go - it's in an adult education centre tucked away up a passage off Park Street. They do many sorts of tea (in lovely old mismatched china of course), lunchy-type food (with vegetarian/gluten-free/lactose-free options) and very good cake. The cafe isn't trying to be a vintage tearoom, it's a bit more straightforward than that but in a nice sort of a way.
It was wonderful to sit in the warm with tea & cake, looking out over miserable grey weather, with a gentle background hum of french radio. They also have free Wi-Fi :) 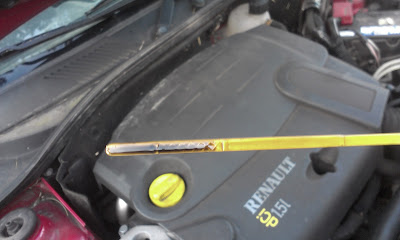 My sister & I got around to checking how the car is - it tells us the oil is ok on the dashboard but we've forgotten where on this stick it's meant to come to! We guessed that being in the crossed zone meant it's alright? 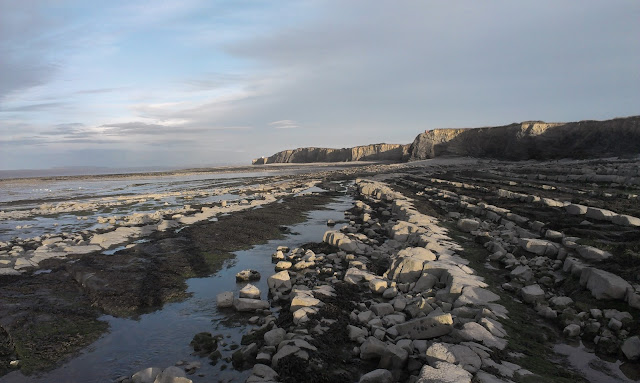 Yesterday was a lovely sunny day so we went down to Kilve beach to get some fresh air. We found a couple of ammonites and had a nice time wandering about & trying not to slip into rock pools. I might do a separate photo post as I took so many! 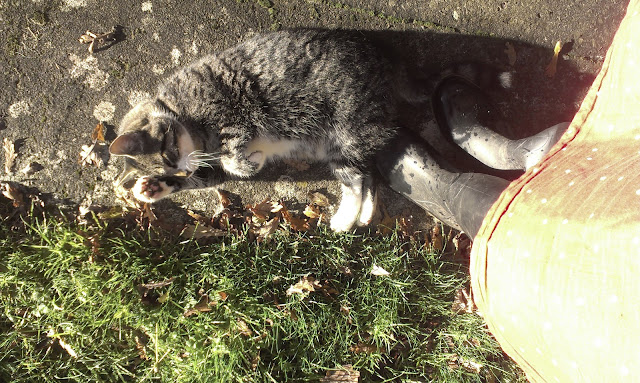 This morning I went outside to check on the greenhouse and was "assisted" by this beast. He wasn't quite so intent on getting in as usual, instead he rolled around in the sunshine and scratched at fence posts :)

Now I feel like I should have done one of these posts before! It makes a nice record of what I've been up to. Mostly these types of pictures get shared in person or via Facebook. I haven't joined Instagram because I don't need yet another social network to join & I'm not much of a Twittererer usually (@dichohecho if you care for it). Perhaps I'll make this a regular thing, any thoughts?
Posted by Dichohecho at 21:17

Email ThisBlogThis!Share to TwitterShare to FacebookShare to Pinterest
Labels: life, photos, this week