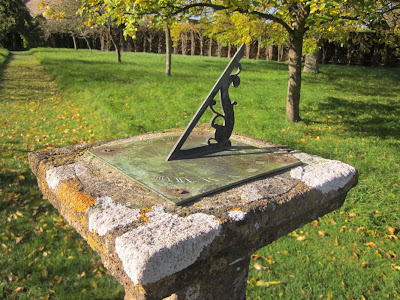 Last weekend Boy came down to visit and we went to visit Lyte's Cary down in South Somerset. It is, as the nice volunteer said, "a dear little property". The house was built in the 13th century but has been restored and extended and updated over the years (proper information via the link above) and the inside of the house is decorated in Arts & Crafts style. As it was a lovely sunny day (but SO cold!) and we had our cameras we stayed mostly outside. Since we're both NT members and therefore had free entry it didn't seem too much of a waste and we can easily go back any time we want.
The garden looked lovely in the sunlight - there were still plenty of flowers in the boarders and the trees were turning all sorts of lovely coppery browns. 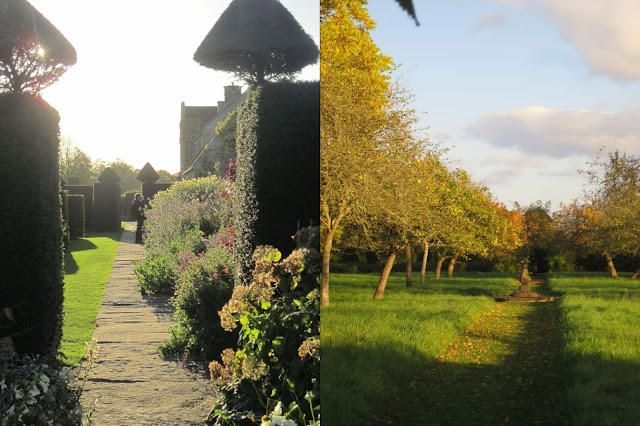 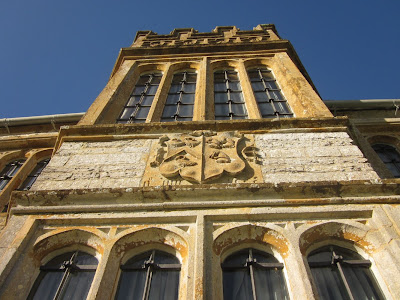 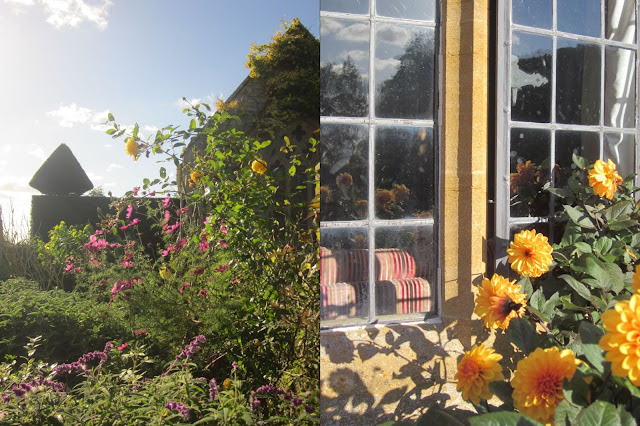 The garden is laid out in "rooms" which I rather enjoyed - I've always liked exploring passages and paths and hidden places. Plus we were separated from the small but vocal hoarde of children, making it easier to get people-free photos. The boy's photo taking attempts in the orchard were still frustrated however by one particularly energetic little boy and his family.
Once we'd had our fill of garden we decided to investigate the "river walk". This took you through a rather lumpy field inhabited by some cows (distant and calm, to the boy's relief) and down towards the river Cary. There was a little wooden bridge where we played Pooh Sticks (sickeningly twee yet?) and crossed over the river, which was rather more of a brook at that point. Then we walked along by the river, as advertised, until we reached the A372 at which point you have to turn back unless you fancy shimmying across a gas pipe.
Back across the bridge we went, and past a rather wild looking pond. Then the path took you along the hedgerow of the field below the house and up towards a wood. Deviating from the river walk to go through the wood was a good idea as it turned out to be full of lovely berries, teasels, and activities for children. We had the place to ourselves and I took advantage of the swing while the boy contemplated sunlit twigs 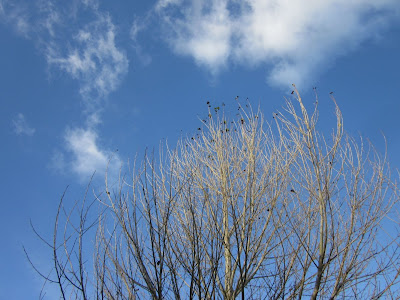 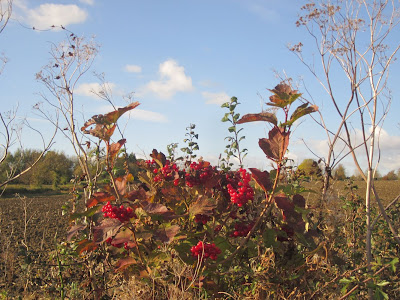 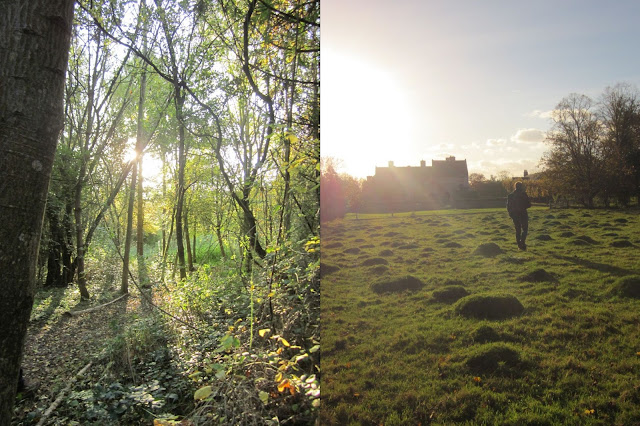 We found our way out of the wood and back towards the avenue of trees leading to the house, through another lumpy field (inhabited by sheep this time). I discovered that the lumps were in fact squishy and could be dented by forceful jumping. Several of them now have my size 9 footprints in :)
Back at the house we had another go around the garden in the late afternoon light, and with all the offending children taken home, before packing ourselves back into the car and heading back to tea and banana bread freshly baked by my sister.
Posted by Dichohecho at 17:00